"Sacking the School Finance Formula", as posted on The Kansas Budget website on 2/28/15.
"The governor says the school finance formula is too complicated, even suggesting that it was deliberately designed that way in order to confuse Kansans.
It’s not.  Rather the formula helps make sense of a complex situation, and provides funding in a fair and consistent way.  Kansas has 460,000 students with a wide range of abilities and varying needs.  Those students receive education in 286 school districts that range from tiny, to quite large, from rich in property resources, to poor.  Such a situation requires a reasoned, rational method for distributing funds which recognizes that one size does not fit all."
READ THE FULL ARTICLE AT THIS LINK:
http://www.kansasbudget.com/2015/02/sacking-school-finance-formula.html
On 12/9/14, Kansas Announces Allotments due to revenue shortfalls.
READ THE DETAILS AT THIS LINK:
http://budget.ks.gov/files/FY2015/Allotment_Letters_Plan--12-09-2014.pdf

Lawmakers! Put the Money in the Classroom.  < Click that link to read the "Kansas Budget" explanation, as posted on 11/23/14. 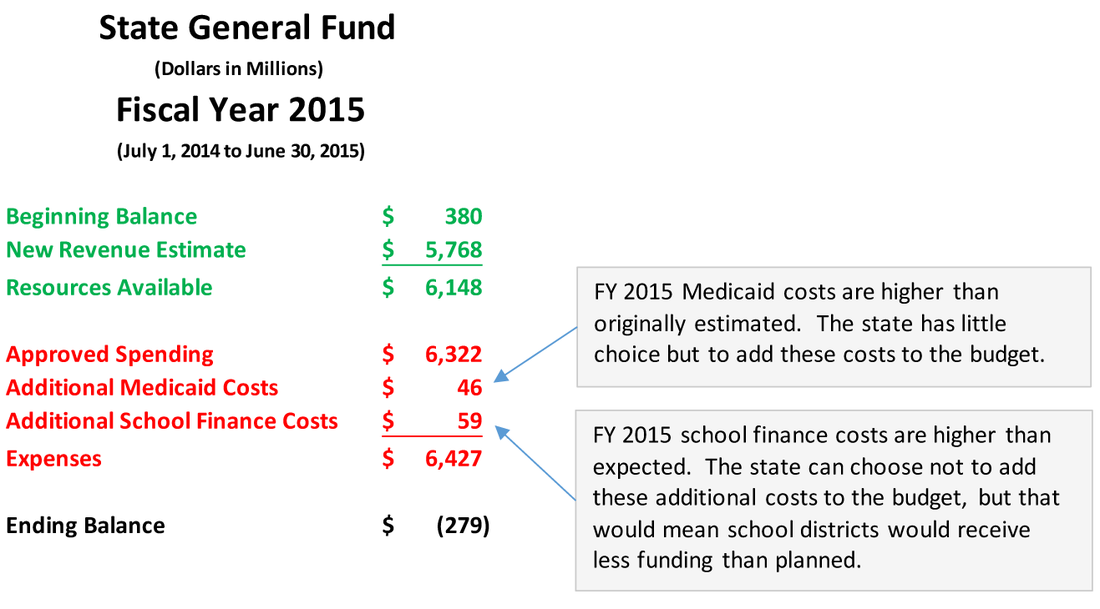 "Now It's Official:  The Kansas Budget is Crashing"
Here's the link to "The Kansas Budget", discussion of Kansas' financial picture after the state's revenue estimators November 10, 2014 projections were announced.
http://www.kansasbudget.com/2014/11/now-its-official-kansas-budget-is.html
"Don't Believe the Revenue Estimates — Kansas' Budget Has Already Gone Off the Fiscal Cliff"
Here's the link to "The Kansas Budget", Duane Goossen's July 22, 2014 blog discussion of the current status of the Kansas Budget:  http://www.kansasbudget.com/2014/07/dont-believe-revenue-estimates-kansas.html?spref=fb 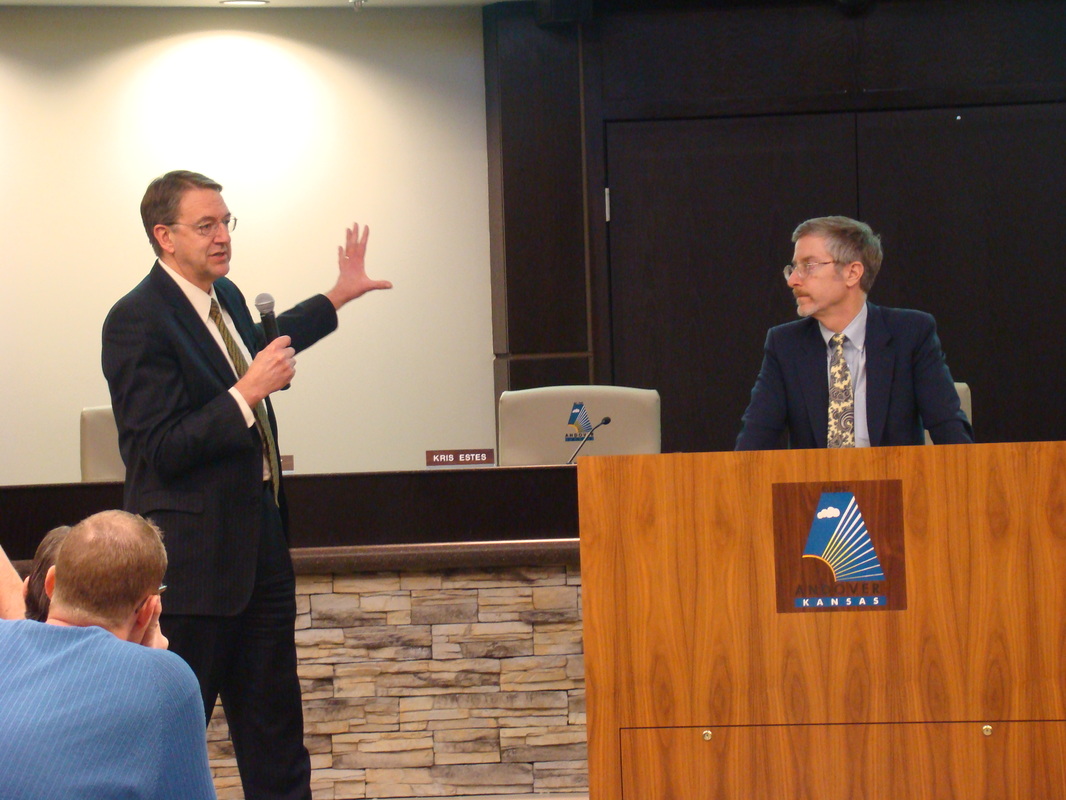 Chris W. Courtwright is Principal Economist for the Kansas Legislature. He has been a member for 27 years of the state’s Consensus Revenue Estimating Group, which provides baseline forecasts the governor and policymakers
are required by law to utilize; and as staff to all legislative tax committees and study commissions since the mid 1980s has had a front‐row seat for nearly three decades of tax policy debate and development. He is the author of Kansas Tax Facts, considered the authoritative guide on Kansas state and local tax policy; and in 2004 received the prestigious President's Award from the Kansas Government Finance Officers’ Association. Chris has made recent presentations at the Journal of Policy History Conference; the Federal Reserve Regional Economic Roundtable; and the Midwest Public Finance Conference.  He also serves as a member of the Kansas Public Finance Center Advisory Board and in his spare time conducts historical research on the economic policy of the Eisenhower, Kennedy and Johnson administrations.

Duane Goossen, M.P.A., Vice President for Fiscal and Health Policy, oversees KHI’s research and analysis of state fiscal policy, health reform, and other health policy issues. Goossen is a former member of the Kansas House of Representatives (1983-1997), and served as state budget director for 12 years in the administrations of three governors — Republican Bill Graves and Democrats Kathleen Sebelius and Mark Parkinson. He was appointed by Sebelius in 2004 to concurrently serve as Secretary of the Kansas Department of Administration, the agency that manages state facilities, accounting, information services and employee programs, and during that time chaired the Kansas Health Care Commission. In 2009, Goossen received the National Association of State Budget Directors’ Gloria Timmer Award for career achievements in a state budget office. Goossen holds a master’s degree in public administration from the Kennedy School of Government at Harvard University.
He writes a blog on the Kansas budget at khi.org/budgetblog.